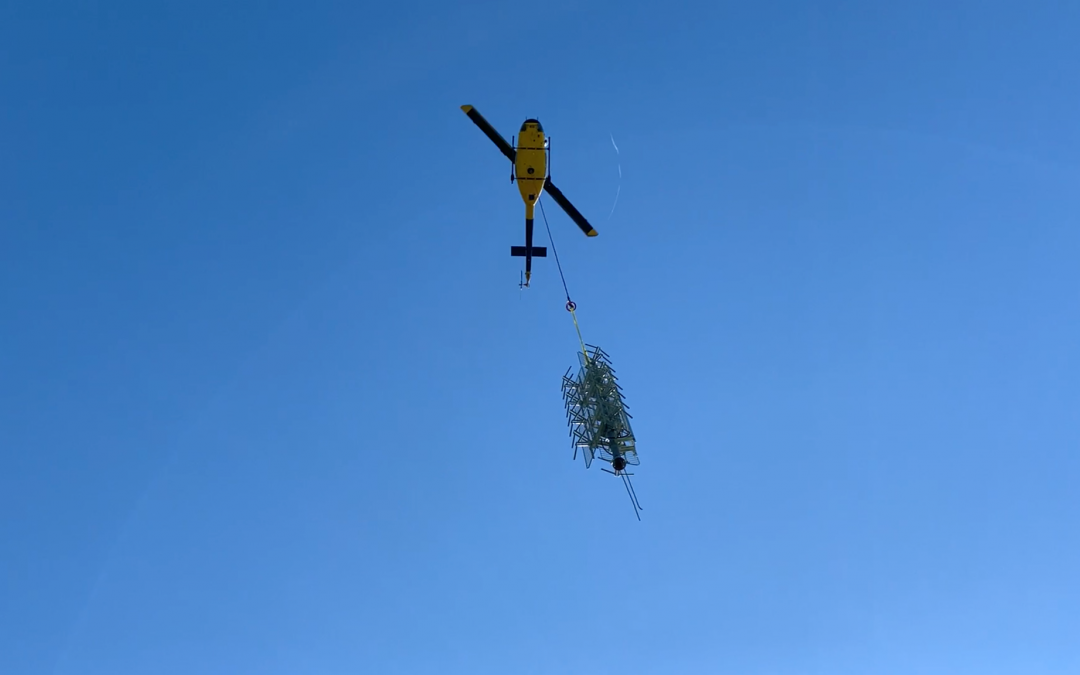 McDermott Aviation first went to Mt Bellenden Ker in September 2008. At the time we spent 10 days lifting all the equipment required to replace the backup power system including new Diesel storage tanks, transformers, generators, platforms, etc.. now it was time to install the temporary antenna whilst works were carried out to replace sections of the tower.

The first lift occurred in August 2020, where a Bell 214B was sent to place the 1300kg temporary antenna onto the top of the tower – at a height of 5700ft above sea level. The weather could not have been better – with a clear view to the ocean from the top of the tower usually a rare event. The job went well and we were back on the Sunshine Coasts later that afternoon – from one end of QLD to the other!

The second lift occurred in November. The antenna was to be removed after the tower replacement works had been completed. This time the might Bell 214ST was given the ‘nod’ and although was chased by storms all the way on the trip north, the job was completed and the aircraft and crew were back on the Sunshine Coast the very next day.

We can’t wait for our next trip up the mountain!

CLICK HERE to see the Bell 214B in action 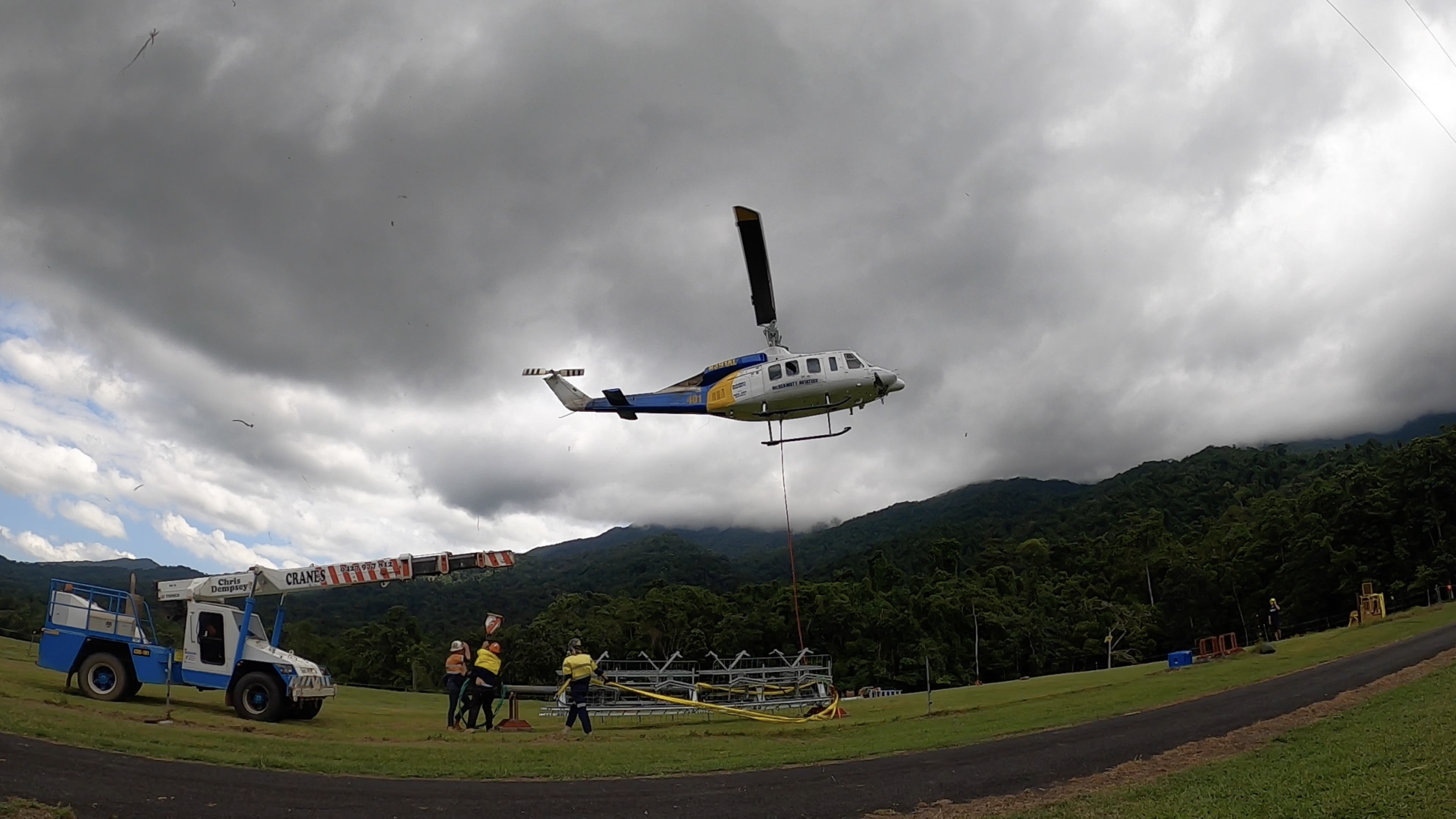