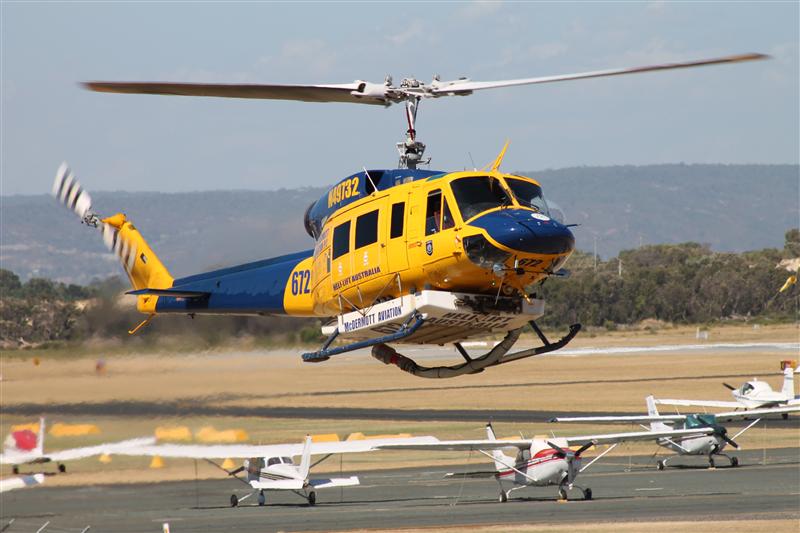 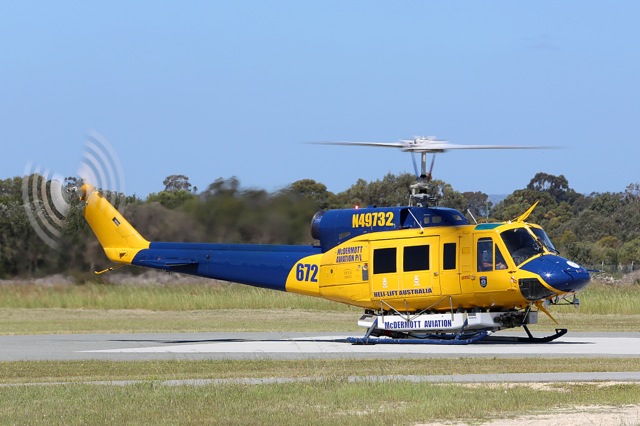 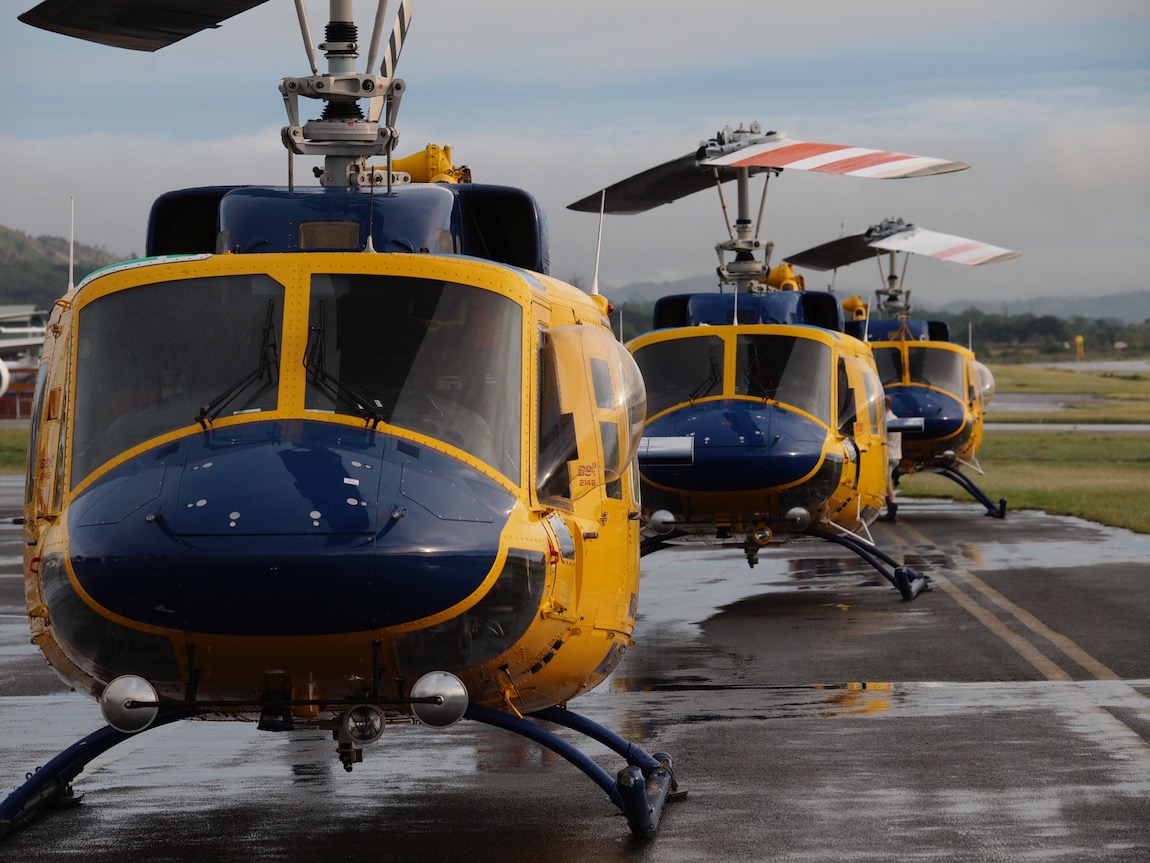 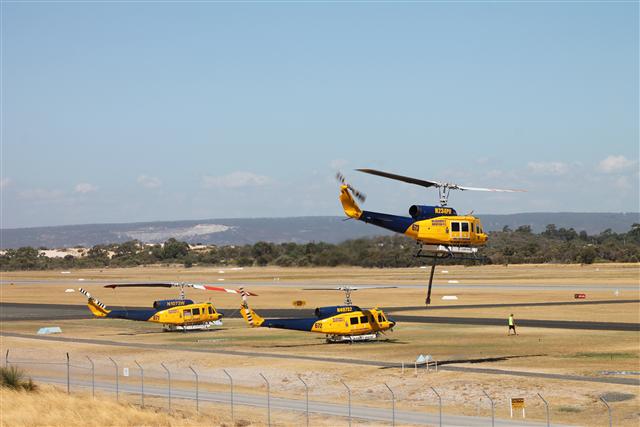 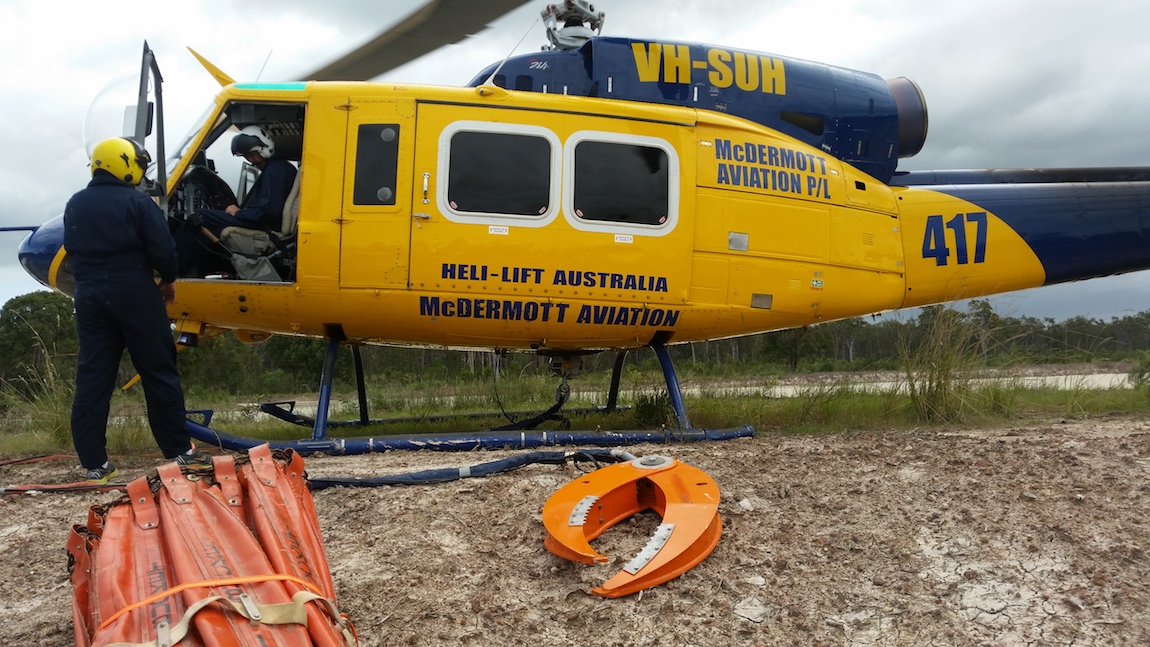 McDermott Aviation own and operate 13 Bell 214B – 2950HP ‘Heavy-Lifter’ helicopter – making us by far the worlds largest Bell 214B operator.

The Bell 214B is the largest, most powerful single engine twin blade helicopter ever manufactured, and with its maximum lifting capacity of up to 3000kg, plus a 3.3 hr endurance, these machines are the most productive and cost effective helicopters in their class, making it the leader when it comes to heavy lift helicopter’s for carrying out operations including Fire Fighting, Lifting and Construction and assisting in Disaster Aid and Salvage Operations.

The Bell 214B has proven itself to be the right combination as excellent lifting machines and have been well utilized in the construction industry, particularly in inaccessible and environmentally sensitive areas.

When it comes to Fire Fighting, the Bell 214B is the most versatile and cost effective fire fighter in the world, and can be fitted with either the ‘Tsunami” Belly Tank or up to a 3000litre Under-slung Bucket.

The outstanding aerial lifting ability of the 214B allows for;

With the exceptional performance in “hot and high” conditions, the Bell 214B can operate at a maximum payload of up to 14000 feet density altitude, and with the skid undercarriage, it allows them to operate in confined spaces and remote locations with minimal support crew.

The Bell 214B can also be utilized for Charter, as it has seating for up to 12 fully equipped passengers, crew, or fire fighters, which is a cost effective way to move staff to and from isolated work sites, or to carry out survey flights.

The range and speed of the 214B is similar to a small fixed wing aircraft – but with the huge advantage of being able to land almost anywhere.