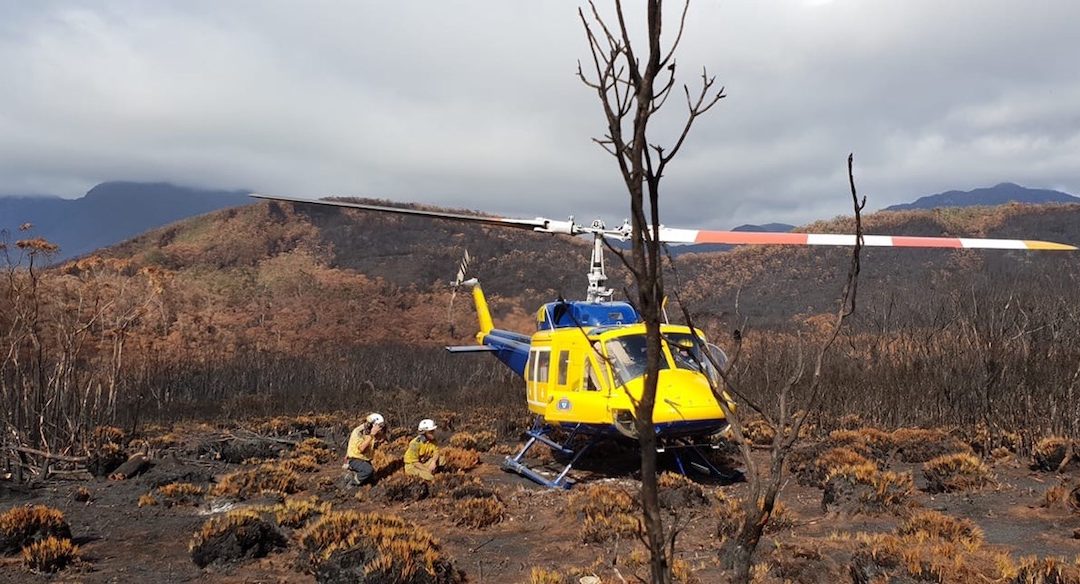 McDermott Aviation have wrapped up their Australian Fire Fighting Season with unprecedented aerial operations playing out in Tasmania this year.

The fires initially took hold on Boxing Day 2018, and did not allow the Tasmanian Fire Service to rest until the middle of March this year. With fires near Great Lake, Strathgordon and Huonville areas, interstate fire services were also called in to assist.

We had our 3 contracted Bell 214’s and 2 x AS355 Twin Squirrels, along with another 2 x Bell 214’s called in from NSW and Western Australia fighting fires for almost 3 months straight.

We played a pivotal role in assuring that not only their own operations, but that of other interstate aerial operators where able to keep up the pace by supplying 330,000L of Jet A1 to 16 other aerial operators, whilst using 985,000L of our own. We had 5 of our 18,000L fuel trucks working across the state, using 12 of our own drivers throughout the 3 month period, with one truck working around the clock refilling aircraft during the day and delivering bulk fuel to our other trucks in the field.

As our Bell 214’s are Transport Category aircraft, we were able to carry out approximately 1700 fire crew movements, allowing the ground crews to access otherwise inaccessible areas to complete the job on the ground.

On one of the busiest days during the season, McDermott Aviation had in Tasmania;

Our Bell 214s dropped a total of almost 38.5 million litres of water – which if dropped into a pool the size off the MCG, you’d be swimming in water 2.2m deep. On Average, each Bell 214 was dropping over 23,000L of water per hour.

Our engineers did an amazing job, and carried out 21 scheduled services over the 3 month period. With 23 of our engineers and 11 other maintenance staff spending time in Tasmania at some stage during the season, we booked 280 commercial flights to keep all our crews rotated through.

The local operators such Tasmanian Helicopters, Osborne Aviation, Heli Resources and Par Avion were fantastic and would help where ever possible.

We’d like to thank the Tasmanian Fire Service, Sustainable Timber Tasmania and Tasmania Parks and Wildlife Service for having us in their beautiful state this year. The level of co-operation and respect between Tasmanian Fire Service, Sustainable Timber Tasmania, Tasmanian Parks & Wildlife Service and the aerial operators was exceptional and all should be commended. Without this level of teamwork, the extreme and prolonged workload would not have been possible. It was an absolute pleasure to work with you all and we can’t wait to be back down there again later this year.